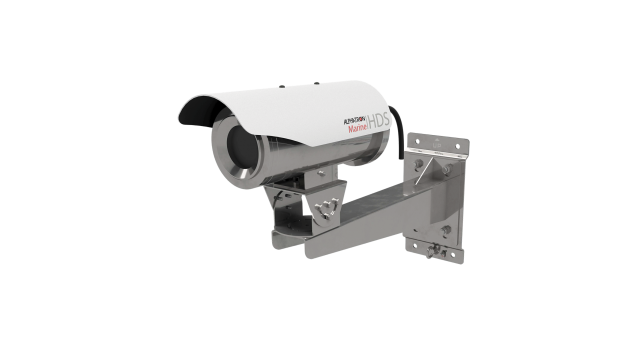 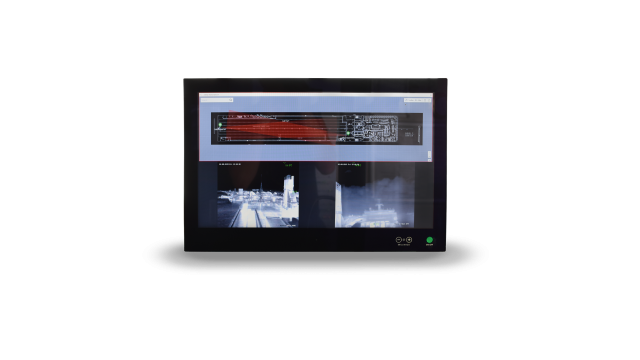 In some situations, regular fire alarm sensors do not detect heat/smoke or detect it too late. This thermal network bullet camera is applied to perimeter defense and fire-prevention purposes and helps to identify these hazardous situations in an early stage, before a heat source ignites, even when partly covered or in heavy rain. You can even unburden captain and crew by remote monitoring through satellite connection.

Onboard RoRo passenger ships vehicles and cargo pose possible threats as heat sources enter the vessel undetected. By using international databases, class records, EMSA marine casualty reports, incident reports and interviewing owners, DNV-GL has identified 35 fires within RoRo spaces between 2005 and 2016. In all identified cases, the fire was caused by a vehicle or cargo. Early detection is often cited as key to preventing loss of life, ship and extensive cargo damage. The AlphaHeatDetectionSystem offers to all types of RoPax vessels a cost-effective safety measure which can identify and prevent hazardous situations. The investment that must be made for this system to cover the Gross and Net Cost of Averting a Fatality (GCAF/NCAF) will stay far below the standard. Additionally, by installing the AlphaHeatDetectionSystem you are eligible for a reduced insurance premium at selected insurance carriers (check terms and conditions).

The AlphaHeatDetectionSystem can be connected to a stand-alone console or a high resolution, fully dimmable AlphaScreen which is available with stand and as flush mount. Optionally, the system can also be integrated into the existing brigde computer system. The AlphaHeatDetectionSystem standard package includes two cameras, an MFS control panel and peripherals. It is possible to flexibly combine the system as per your needs. For example, extend the system with multiple camera’s to create a broad overview to monitor fire safety on your vessel and choose a display solution to optimize convenience for captain and crew.

SOLAS
SOLAS requires a fixed fire detection and fire alarm system to be fitted in all RoRo spaces. However, no fixed fire detection and fire alarm system are required on weather decks. Even though any detection system activated by heat, smoke, flame, etc. are allowed in open RoRo spaces. In practise, the most common type of detection system relies on smoke detectors. By the time smoke is detected upon a weatherdeck, the heat source often already ignited and forms a serious threat. Be safe and ready for the future with the AlphaHeatDetectionSystem that offers a proven reliable preventive fire detection solution for both confined spaces and weather decks.

Several recent total losses of RoRo ships with open ro-ro spaces have stressed the need for investigating more efficient detection in open RoRo spaces and weather decks. The AlphaHeatDetectionSystem was extensively tested with different fire scenarios to challenge the system, taking into account the effects of ventilation, weather and other relevant factors. The test carried out on the Stena Scandinavica and witnessed by Class Society Bureau Veritas Marine and Offshore and RISE Fire Research AS, was concluded with positive results, reflecting the system is able to more rapidly detect heat sources compared to common smoke detectors. Click here to read more.

In this pop-up you can set your preferences regarding cookies. You can find an overview of all cookies on our cookies page. In our privacy statement you can read how we process your personal data.

By clicking "agree", you consent to all functional, analysis and tracking cookies. We use this information to optimize the website. If you do not want this, you can click on the "Settings" button. Here you can set the cookie preferences.

In this pop-up you can set your preferences regarding cookies. You can find an overview of all cookies on our cookies page. In our privacy statement you can read how we process your personal data.

We only use functional and anonymized analysis cookies. For example, we measure how many visitor numbers, but do not see who you are.